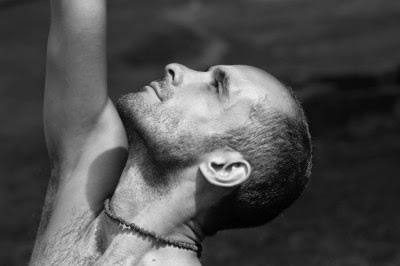 Andrei Ram-Om maintains the tradition of living the life of a Yogi, while living in the ordinary world. He has been ordained by Sri Dharma Mittra to continue passing the living Yoga practices and to share them with others worldwide.
From an early age Andrei had strong insights and visualizations, which make him realized of the non-physical aspects of reality, divinity and Nature’s spirit. Born in Holyoke, MA, he grew up in Colombia, South America, faithful to the indigenous traditions and their respectful harmony with Mother Nature. Then he studied Marine Biology, Dance and Anthropology.

After many years of intense self-yoga practice, Andrei moved from Colombia to New York City in 2003, following an insight call that it was revealed as soon as he met his Guru Sri Yogi Dharma Mittra.

His devoted dedication to serve his guru as full time karma yogi led him to become the senior teacher at Dharma Yoga Center for many years, having the honor to be the head yogi at Kailashananda Temple when Sri Dharma was out of town.

During this time he collaborated hand to hand with Sri Dharma Mittra and Ismrittee Devi to develop the “Life of a Yogi” 200 hr and 500hr Teacher Training programs, offered by the “Dharma Yoga” Center. From 2005 to 2010 he was the senior teacher at these programs.

He has also directed the Yoga-One teacher training programs in Barcelona during 2011 to 2013.

Since 2011 Andrei Ram began to offer the “Self-Realization Immersion Course”, as a way of honoring and give gratitude to his beloved Guru. This course is designed to integrate the yoga practices to everyone’s daily search for self-freedom, and to promote coalition of all yoga styles back to its universal nature: Union, Oness, Yoga.

Following such unifying dharma, he has had the chance to collaborate with other traditional lineages, through organizations such as: “The Art Of Living Foundation” of Shri Shri Ravi Shankar in Haiti, and The “Escuela de Auto-Realizacion” of Priest Cesar Davila, which offers the teachings of Paramahansa Yogananda in Ecuador.

Andrei Ram-Om, embodies the virtues of Yoga he has learned from his Guru; kindness, patience, humility, fortitude, humor, selfless service, ahimsa (non-harm), unconditional love, compassion and understanding for all.

He has gained worldwide recognition by his special talent to help practitioners to lose their fears and become steadfast Yogis in daily life. All teachings he imparts are established in classical traditions, which embrace all aspects of the science of Yoga, from the physical to the esoteric.

Most recently, Andrei’s main focus has been to adjust the ancient teachings of Yoga to the current world and its challenges. Regardless if One embraces Yoga tradition as the chosen path or the simple desire to discover the true Self and the essential nourishment of Mother Nature. Andrei Ram is committed to dissipate non-sense spirituality, to awake urban humanity from the blinded materialism and to assist the Soul to bring back the natural joy of daily living. His work supports the growth of true human consciousness as integral part of Mother Nature and never again against Her.

With angry determination and unweaving persistence, he stands up daily to become an embodiment of dharma (righteous duty, that which upholds and supports). For the sake of global Supreme Self Realization and Ultimate Liberation for all living beings. 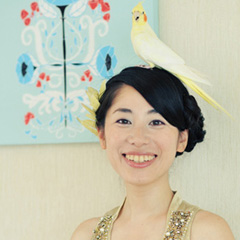 Born and living in Sapporo, Japan, Midori enjoys playing a role as a bridge between Japanese locals and foreign visitors.

Midori has practiced with Taka Hosoe for many years and is greatly influenced by his teaching style, mixing vinyasa, Dharma Yoga and esoteric meditation. Having received certification to teach Hatha Raja Vinyasa Yoga in 2012, she passionately shares her study with students.

Midori is happy to dedicate her energy and ability to share the teachings of the great Yoga Masters. 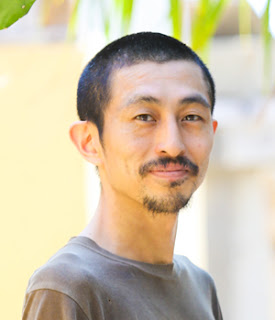 Keisuke Sakakibara ( called as Nun) lives in Kobe teaching yoga.
He met Andrei Ram in 2008,
and he participated in Darma Mittra's 200 hours teacher training which Andrei Ram served as a head teacher.
His life changed rapidly since then.

He is teaching yoga in a variety of ways,
and he is trying to make local communities which enable a sustainable and biodiversity world. 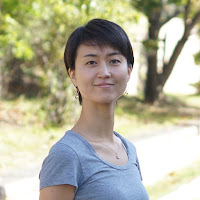 
Yuki started practicing yoga since 2016 with Luna Delgado Dold, one of the Dharma yoga teacher in Chicago, USA. Since then, she was gradually attracted to Dharma yoga practicing which is filled with lots of love and wisdom.

After she came back to Japan, she decided to devote herself to share the yoga wisdoms with others. She enrolled to the Sri Dharma Mittra’s LOAY 200-Hour Teacher Training in 2018 in NY. Yuki has just started teaching and she feels blessed to be able to pass on these beautiful powers of yoga.